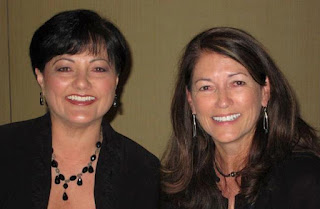 There are times when you need to turn around and walk away.

Retreat from the conflict.

Reflect on the events and conversations.

Reframe your story and a new direction.

Restore any cracks in your identity to its resurrected condition.

Reconcile the disappointments to the bigger Story of Jesus and the Spirit's movement in your life.

In the past two months I've started doing all of these.

It meant leaving a church and leaving my blog in order to regroup. During that period the fight I was engaged in on a small scale was being duplicated on a larger scale in blogs that have a national and worldwide following.

As I listened to conversations about what women in ministry can or cannot do or whether wives should or should not desire mutuality in marriage, I struggled with deep emotions and wondered if God was going to ask me to continue the fight.

I seriously wanted to walk away forever.

I'm in a church now that has women elders. So far what I see is giving me hope that I can do life with this beautiful, raw, vulnerable, imperfect, compassionate community. I feel wanted. I believe I can contribute with my gifts and strengths.

Well, the answer wasn't what I expected.

I'm in another battle but it's not mine. It's my sister's. My younger sister. My only sister.

God has called me into a season of helping her fight for her life, of serving her in ways I have never done for anyone else.

My friend Ed recently wrote a blog to encourage us to walk away from the battle and choose to serve others for the Kingdom's sake. Instead of fighting people, fight the darkness of this world.

There are times when God will call one into battle against thoughts, arguments and pretensions that are set up against the knowledge of God (2 Cor. 10:5). Arrogance and a lack of Christian love will mistakenly meld the person with the argument. As Ed eloquently points out, fighting people will not grow the Kingdom of God.

But humility and authentic Christian love will serve the other -- even in a battle. This may be tough, confrontive love or this may be patient, quiet love. This is Christ both washing the feet of Judas and then identifying him as a betrayer.

Then there are seasons in which God calls one away from the battle, away from those who might betray you or cage you in places where they might feel safe but you are not. So you leave to be safe, to be free, to be loved by a different tribe.

But I am discovering that just because I walk away from one battle in order to serve does not mean there isn't another one to fight.

Currently I am not fighting people or belief systems. I am fighting alongside my sister against a consequence of fallenness in the world, against cancer.

I entered battle by going to her when she called for help.

I will battle the cancer in my sister's body just as fiercely as I have battled against injustice and inequality.

I battle with prayer every night while I tuck her into bed. I pray over every cell of her body to submit to the regimen of drugs in order to return to normalcy, over her mind to face this with faith, hope and courage and over her heart to believe that she is not alone.

I battle with truth as I read Scripture and Sarah Young's Jesus Calling to help her believe that Jesus sees her, knows her, loves her and is present with her.

I battle with love when I shampoo her long hair knowing she may lose it soon and when I massage her feet which have felt the sheets of the hospital bed for too many days.

When I do what God has called me to do, no matter what it is I battle those forces that fight to thwart my calling. It may be traditional views of women. It may be spiritual arrogance or ignorance. But it can also be fear or loss of health and hope.

Right now I am fighting with my sister against unseen forces gone awry in her body.

I battle through serving.
Posted by Harriet Reed Congdon at 7:49 PM 7 comments: