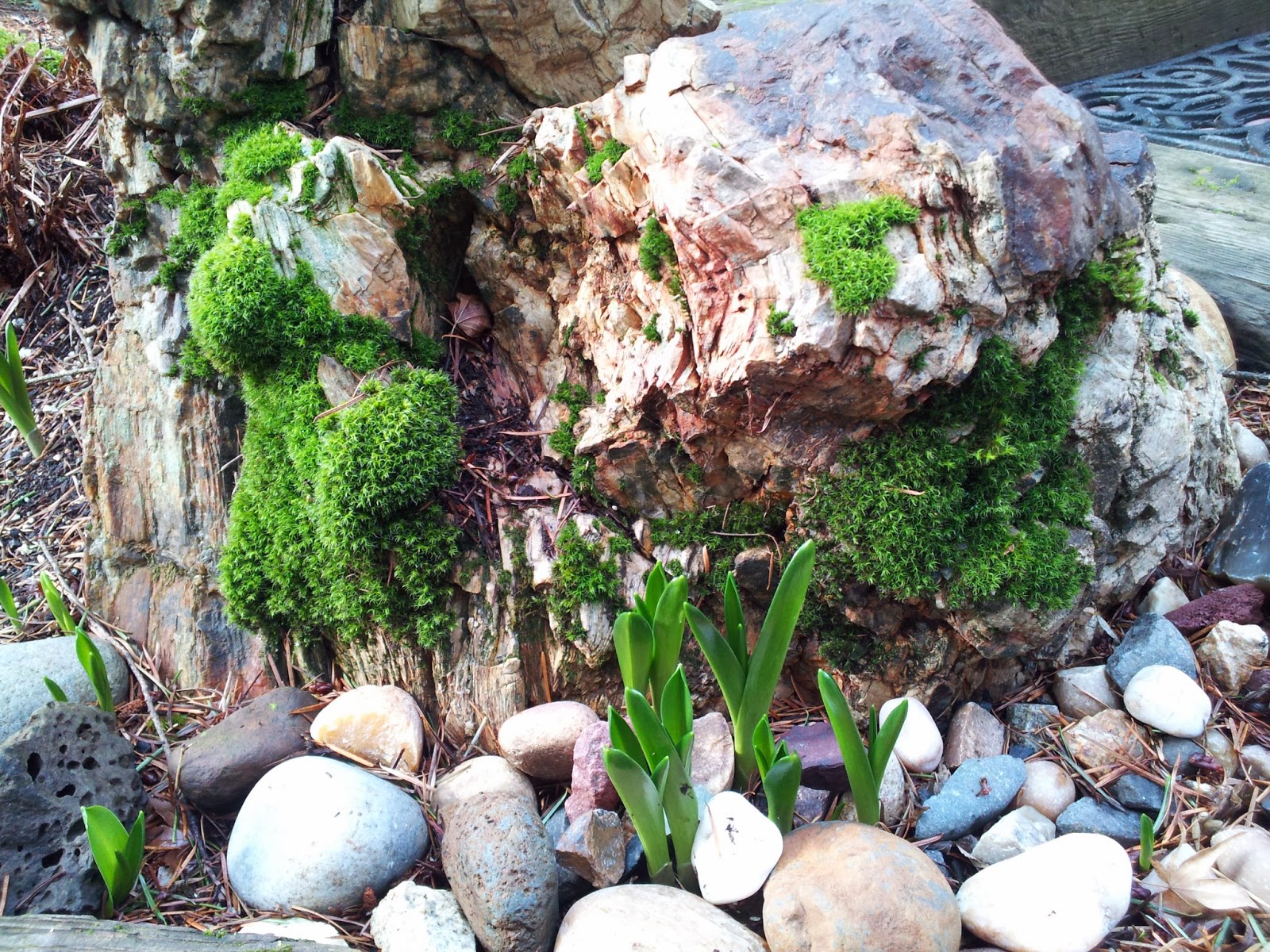 It's only January but it feels like spring in Portland. I see my hyacinths poking up in my yard which is bad news if we get another cold spell. But seeing the little shoots in the dead of winter is the perfect metaphor for where I'm at right now.

It has been a long time since I have posted on my blog. Nothing new really. I've been sporadic for quite a while as I journeyed with my sister through chemo treatments and then a stem cell transplant. When she passed away last spring, my world stopped spinning and I grieved deeply. It was hard to restart it.

Eventually I felt small movements under my feet. But I still did not feel like writing. In fact I questioned why I was blogging at all. Nothing felt right. After a year of flying back and forth to Florida to help care for my sister, I suddenly was faced with an empty calendar. I had nothing to look forward to. I had nothing to say. Until last Sunday.

Last Sunday I preached for the first time in my own church. I felt like a shoot daring to defy the season of death and reaching for life. It felt so good to emerge from the soul-crushing dirt and breathe the fresh air of freedom and hope once again.

I had preached before - for women's retreats, for workshops at conferences, for churches in the area. But never for the church I attended.

Though I loved preparing "talks," I did not aspire to be a preacher. I took the one required preaching class in order to get through seminary. Instead I focused on developing as a teacher in a church. That changed a few years ago when I preached my first Sunday morning sermon for a church in a nearby town. The second time I preached, same town but different church, a man came up to me and said, "Harriet, people need to hear your preaching."

I didn't know what to do with that affirmation. I had never been invited to preach in my own church and probably never would. I wasn't sure I had a gift for preaching and I wasn't sure how I could find out. I caught myself most Sundays reworking in my mind the sermon I heard into my own voice. I was terrified at the thought of preaching but the longing to do it grew stronger and stronger. So when I asked a pastor if someone would take me under their arm and teach me, it hurt that he kept forgetting my request. Or ignoring it, despite the church's public policy that women could preach.

Disappointed and confused, I decided to leave. To be honest, it was partly because of how I was treated. But mostly I came to the realization that I no longer fit in a church without complete equality for women. It really wasn't the pastor's fault or the church's fault. They were clear on this issue. Women would never be viewed as fully equal and my expectations to be treated as such were unrealistic. Now entering the latter years of my life, I decided I did not want to spend those years always feeling frustrated, wondering if I was fully living God's purpose for me.

So I left because I was tired of feeling caged and fighting the system. I left to search for a community with whom I could grow old and deeper still. I found one and it has been great. Evergreen Community is not perfect but it has become home. I finally can rest from hitting gender barriers and being hit by gender insensitive remarks.

The difference women elders make for a community is discernible. The value of keeping small and planting if it gets too big means every voice counts when making decisions. Power is given away rather than forced from the top down. The elders talk of the "community tax" which means the church is committed to investing in others so that those who are exploring gifts are given opportunities to exercise them. That may mean imperfect lessons, forgotten details or awkward sermons.

I preached for the first time in my church and it wasn't perfect. But in that moment I realized and accepted God's wisdom and grace in my journey to this place. What's been amazing is the style of preaching at Evergreen, which is more teaching-preaching. It so fits me! I can exercise my primary gift while I'm learning another so it feels less intimidating to try this new thing.

Because I believe in God's sovereignty, I believe this is where he wanted me all along. I just had to take a few detours along the way, detours that included important growth experiences, some of which were painful but necessary. I had to discover who I really was and what I really believed.

I know I still have a lot more to learn but I see now that God used the hurt and the humiliation, the misunderstandings and the mistakes of these past years to bring me to the starting point of a season of new growth. As one friend put it, "God takes the shit in our lives and turns it into fertilizer to grow beautiful things." I don't know if I'll grow into a preacher but at least it's a safe, nurturing place to try.

It feels like winter is finally ending. I smell spring in the air.

And I think I found my one word for the year: grow.
Posted by Harriet Reed Congdon at 10:15 PM 10 comments: